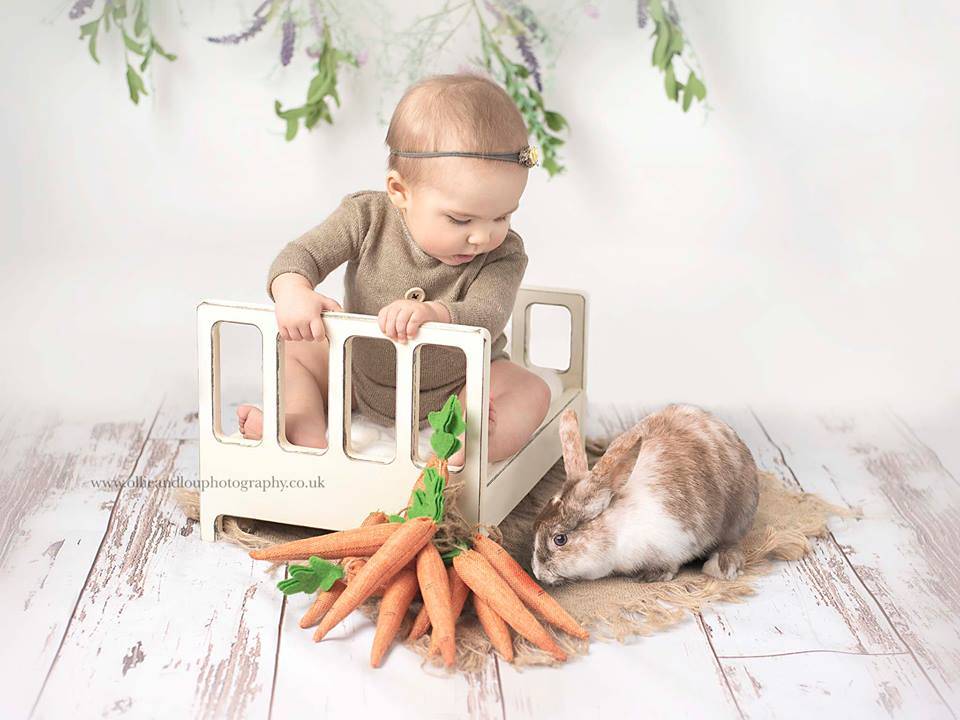 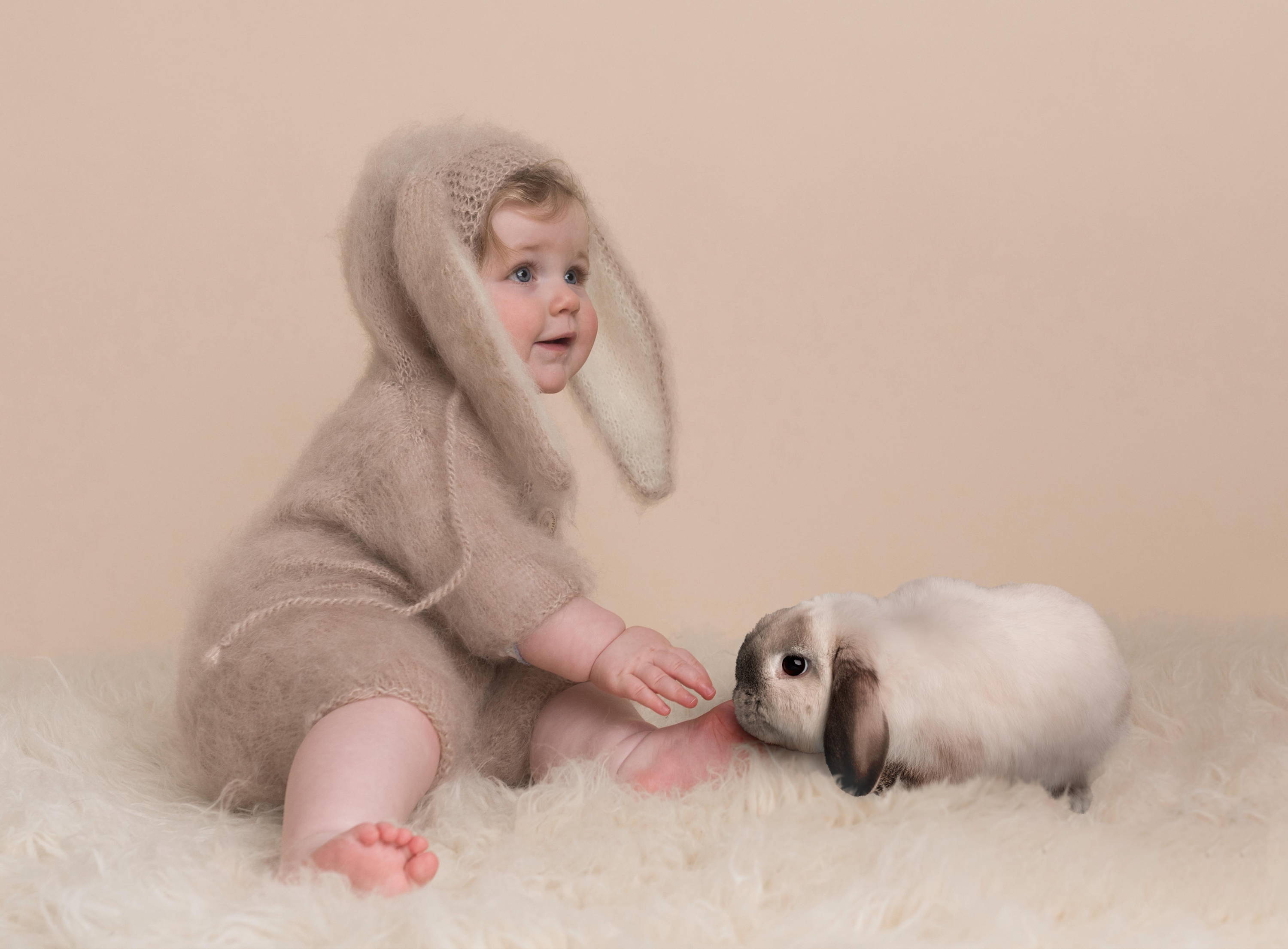 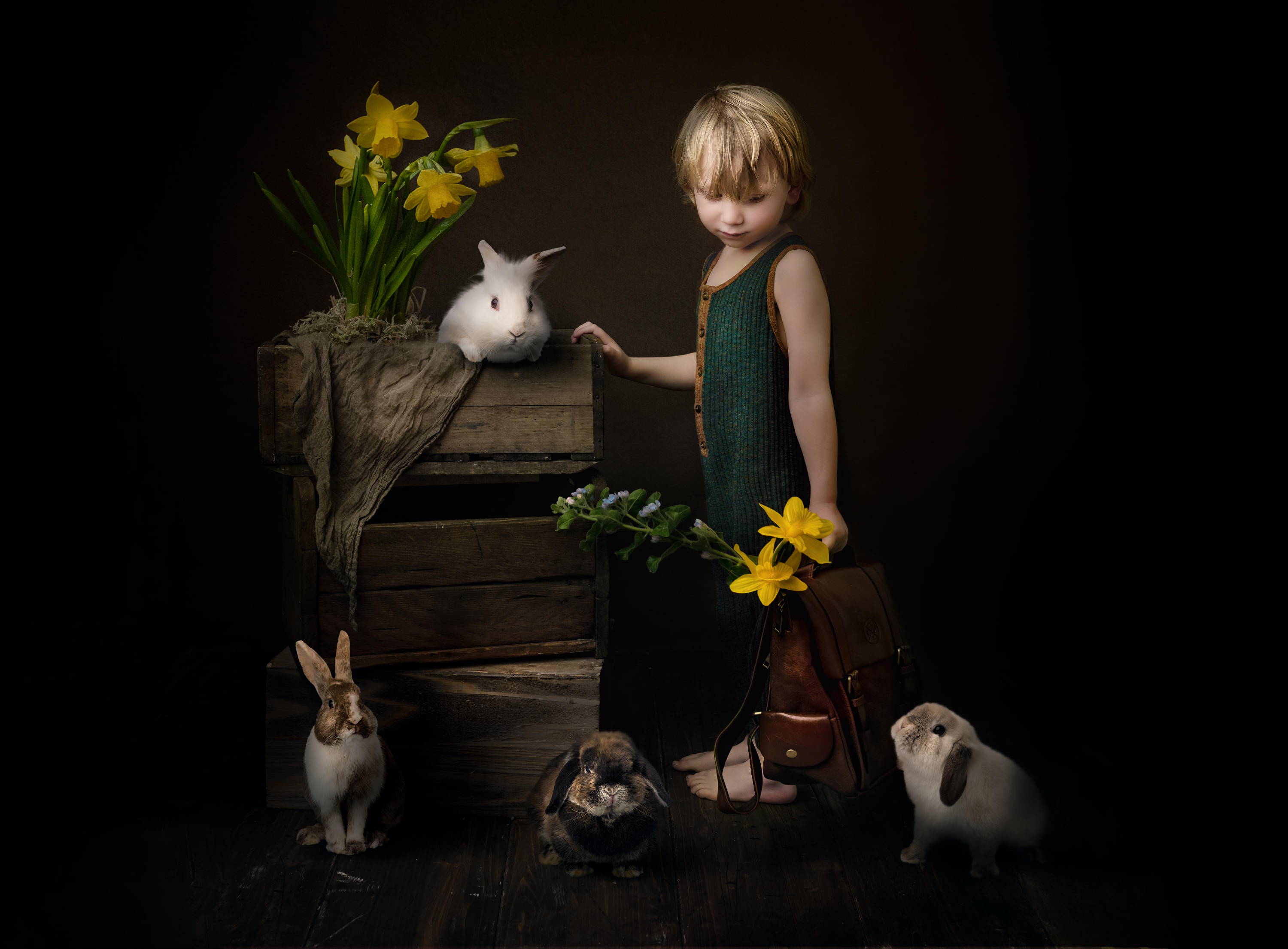 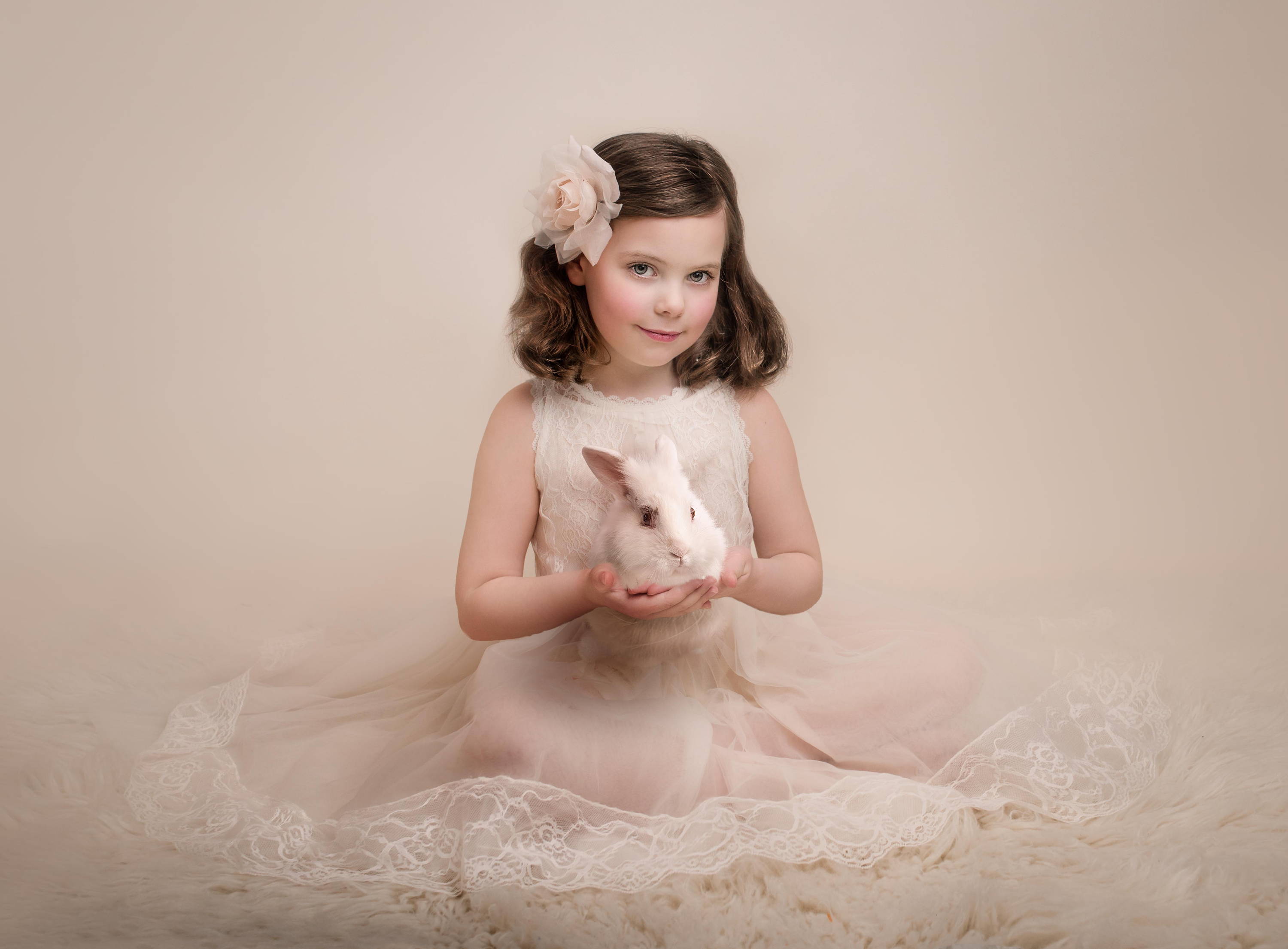 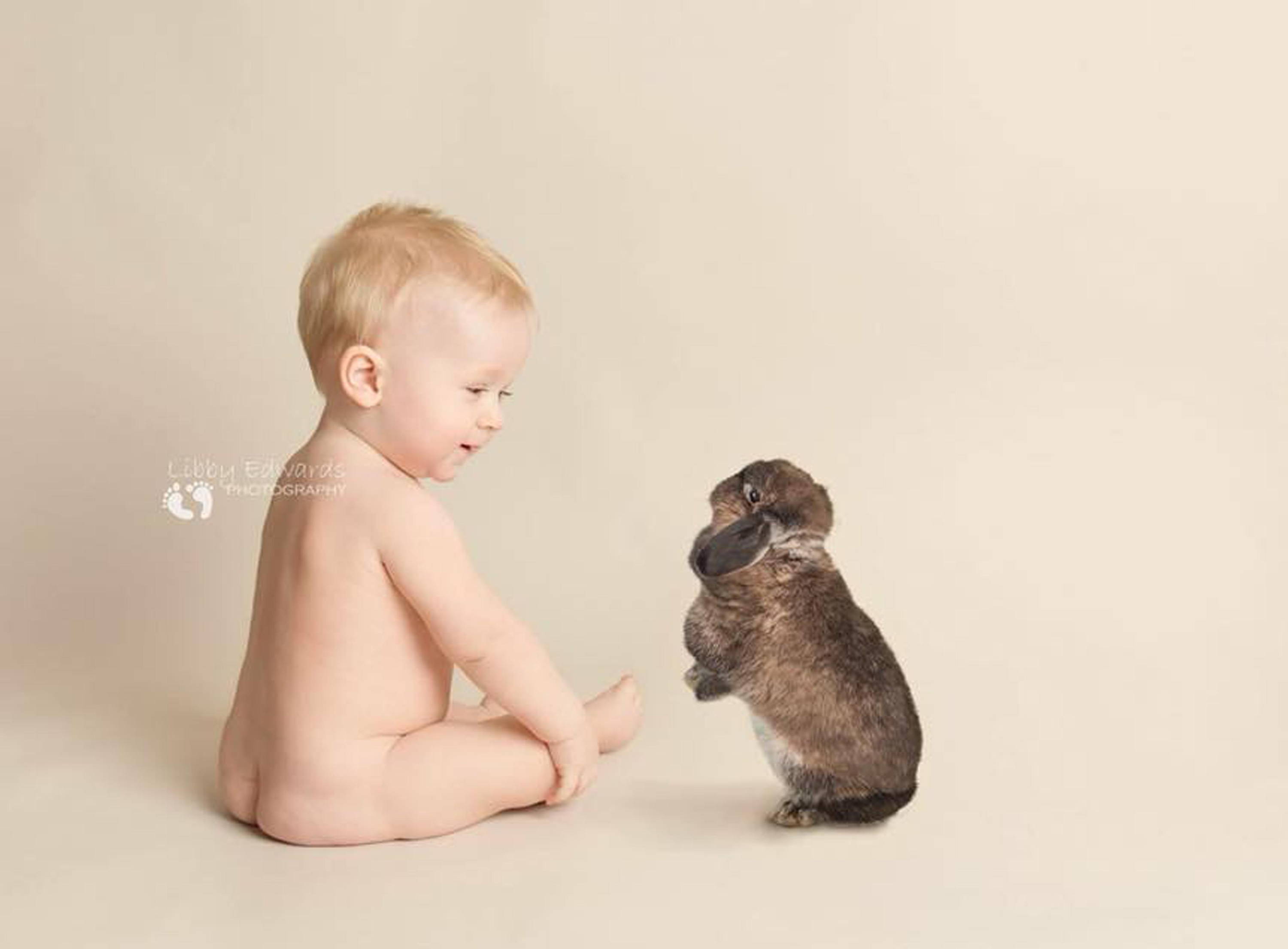 Delight your clients with real bunnies in their images!

The LSP Bunny Hop Collection enables professional photographers of all levels to add high-resolution rabbits to their images without the risk of bringing live animals into a photo session.

Say NO to using live animals in the studio and say "squeee hello" to these GORGEOUS real bunnies.

All easily flippable, editable and adaptable. The only limit is your imagination! Easy to use, with only basic Photoshop skills required as the actions will help you with the rest.

The Bunny Hop Photoshop Action Kit for Photoshop Cs6 and above.

This allows you to easily blend your bunnies into your image with one click'n paint actions. Or, you can do it yourself with hand editing.

Actions are super easy to use and install. There are more than 20 different editing tweaks included in the Bunny Hop Action Collection: 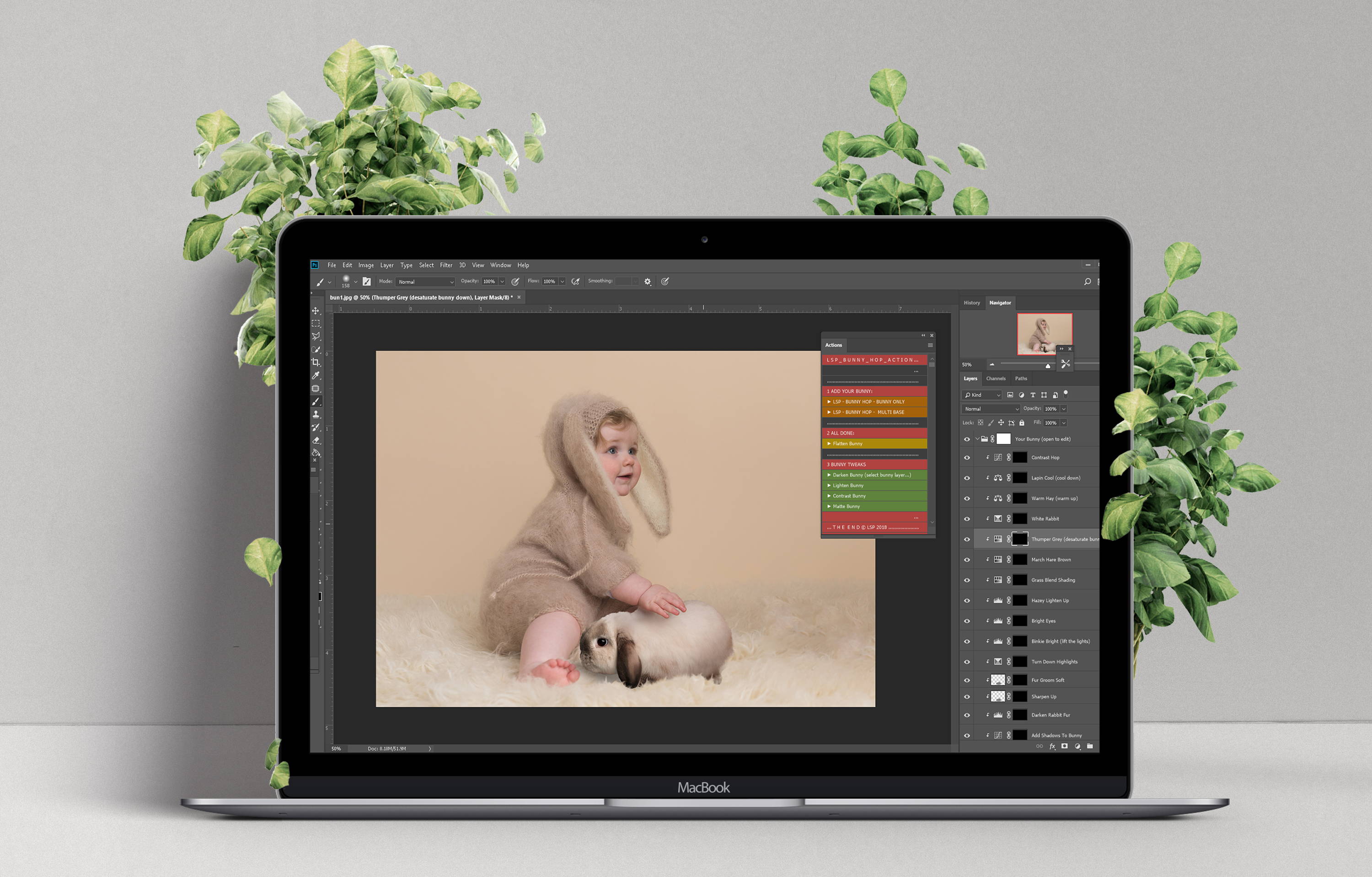 Want to add your bunny to grass, fur, flokati rug or other textured surfaces? Simply add a mask (done for you with the actions) and mask using one of the brushes! Stunningly realistic results, don't settle for anything less than 100% realistic. 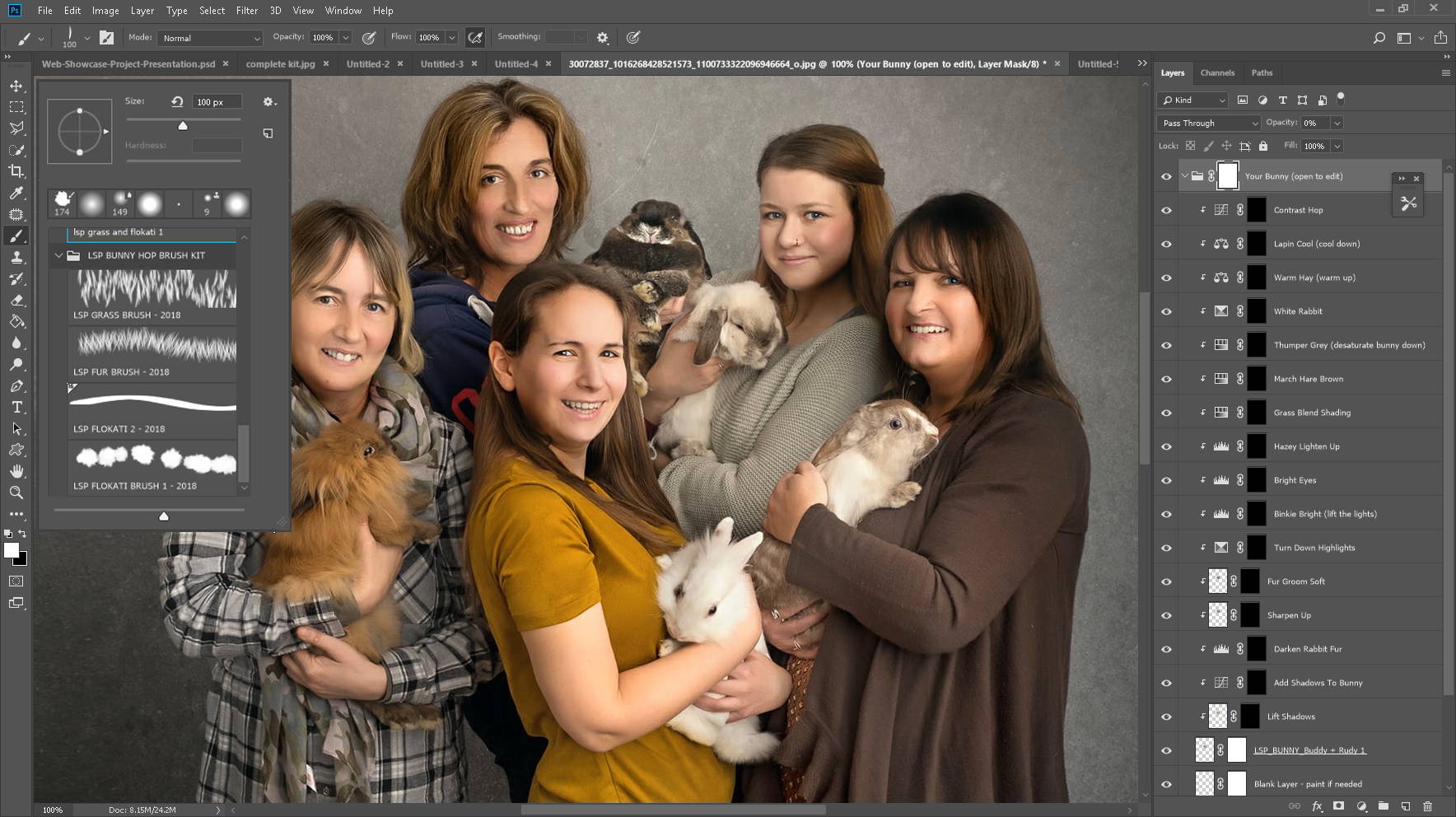 If you need to refine the edges of your bunny, I've got you covered. You can add a mask to the bunny layer (automatic if you use the actions), grab a black brush and select a brush;

LSP GRASS BRUSH Run along the bottom of bunny if sitting in grass. It randomly scatters in a natural grass pattern.

LSP FUR BRUSH Use to tailor the cut out of bunny even further. This brush strokes fur on for a realistic effect.

LSP FLOKATI 2 Adding bunny to a flokati or furry rug? No problem!

Ready to simply add to your image. Drop them, place them or use the actions included!

Each of the six featured rabbits were shot in my studio in the UK. A rabbit owner all my life (40 and counting!) I am very familiar with their temperament and needs. They were accompanied by five handlers of South Coast Rabbit Rescue team to ensure things went smoothly for the animals. You can catch a video below to see some BTS of these cuties:

A super sweet dude who loves his carrots.

Cuddly, fast and likes to peep over things.

The most beautiful pattern I've seen!

So laid back, he is one chilled dude.

The little bun that could [see more]

VIDEO GUIDES - HOW TO USE

MORE BEFORE AND AFTER IMAGES

What are Photoshop Actions?

Unlike Plug-ins, Extensions or other External Image Editing Softwares, Photoshop Actions are already a built-in feature of Photoshop!

If you are not using Photoshop Actions to help speed up and streamline your editing, you're missing out on a huge trick.

Photoshop comes with the capability to 'record' a series of steps taken when editing an image and to save this as an 'action'. You can then 'play the action' every time you wish to recreate these steps on a new image. Neat!

LSP Photoshop Actions take this not just one step further, but in leaps and bounds to make sure you never have a bad editing day again. Some of the LSP Actions play upwards of 300 separate clicks to set up layers for you in just seconds... imagine how long this would take you in real time!?!

Once you install your LSP Action set into Photoshop, it will always be there for you whenever you wish to use it. You can use LSP Actions for a complete edit, a part edit or only sometimes - it's up to you!

WATCH THE VIDEO:How To Use Photoshop Actions

You can see and play your LSP Actions by opening up the actions palette (see below for more help). Then you simply click on an action (ie Reduce The Reds) and it will play out as a separate layer with a layer mask. You then paint this on to your image as you wish! You can leave it as it is, or you can play with the opacity of the effect, play again for a stronger effect, edit it yourself if you wish... the freedom with LSP Actions is phenomenal for beginners and experts alike.

Can I use these in Photoshop Elements?

The LSP Photoshop Actions are designed only for use with Photoshop CS6 - Photoshop CC (Creative Cloud). If you are using Elements, or an older version of Photoshop (older than CS6) some or all of the actions may be fine, but others might not play because they use the latest features of Photoshop CC which simply isn't available in older versions or Elements.

I'm a beginner - are these hard to use?

The LSP Actions can be used by beginners and experts alike - but it is recommended you have a basic understanding of Photoshop and know your way around the basics to give you the best head start. It's recommended you have basic knowledge of Layer Masks (though the Actions come with a mini instruction guide on layer masks).

You can also watch the video demos anytime by visiting the website and clicking on the action set you have downloaded.

Beginners find they can create professional images far quicker by using the actions than by muddling through trying to figure Photoshop out! You can also learn from the actions as you go, meaning you will become more proficient at hand editing too!

How do I install LSP Actions?

After download, unzip the file. Then you can just double-click your new action and it will appear at the bottom of your Actions Palette in Photoshop!

NEED MORE HELP? Visit this page for more information of how to install Photoshop actions.

I can't see my actions palette

The actions palette is built into Photoshop. If you can't see it, simply go up to "WINDOW" and select "ACTIONS". Your action palette will magically appear and ready to use

Your Actions are color coded, but mine just look grey. How can I get the colours?

You're right, I've set the Actions into workflow order and also color coded them into sections for ease of use.

There are two ways of viewing Actions in Photoshop, Button Mode and Normal Mode.

Button mode is where you can see the colors I have set and you just click on the action directly to play it.

Normal mode is where you can open the action files to see what's inside them and alter the actions. This mode is greyed out and you need to click 'play' in order to run an action. When you are on this mode, it's easy to accidentally alter your actions so they no longer  work properly, so I recommend using button mode,

To view in button mode, go to the top of your actions palette and you will see four little lines in the top right corner [ ≣ ] Click this and select "Button Mode"

PS: By purchasing the LSP Bunny Hop collection, you are also helping to rehome unwanted rabbits. Every year hundreds of rabbits are bought as Easter gifts and the novelty soon wears thin. So 10% of every sale is donated to the South Coast Rabbit Rescue, which is where these adorable buns are from!

Please note, the results will vary depending on your editing skills, creative eye and experience with photography. You will need to edit these bunnies for best results, so that they blend realistically with your image. Keep it real and enjoy your bunnies!

Take the Guesswork out of editing

EST. 2015 | LSP Actions are designed by Lauren at Lemon Sky, endorsed by Ana Brandt. The LSP actions and presets will allow you to edit faster and streamline your gallery to give you consistency and (with the click of a button) play out a series of commands that would take far longer to set by hand. They take all the guesswork out of editing, saving you time, repetition and headaches and leaving you to focus on your art and business.

LSP Actions and presets have been user tested on thousands of images, pushed to the extreme by other photographers PLUS they are proven to work around noisy children and cats who like to walk across your keyboard! >> READ MORE